The African start-ups that seem to be gaining fastest traction are those that have focused on “the plumbing”: business processes that can be both enabled and made more efficient by mobile phones. Ghana’s mPedigree Network is one of those rare start-ups that has rolled out in multiple markets and is profitable. Russell Southwood talked to mPedigree Networks Bright Simons about how it works.

Counterfeit goods are widespread in Africa. I remember a Nigerian colleague telling me that when he went to the garage, he was offered the following in descending order of cost: the genuine branded car parts, fake branded car parts and unbranded car parts. The average level of car parts counterfeiting in Sub-Saharan Africa is 25%:”Obviously there’s a direct link between car insurance and the origin of spare parts.”

In the area of pharmaceuticals, 60% of stock may be counterfeit but this breaks down into different categories like outright copies, sub-standard products, those where the expiry date has been changed, those not registered for the market they’re sold and products that misrepresent their origins.

But this has serious consequences for health particularly for widely used medicines like anti-malarials: in Guinea 63% of anti-malarials are fakes. Seeing an opportunity, mPedigree Network piloted a scheme for checking by mobile phone paediatric anti-fever formulations for a local Ghanaian company.

Through providing ways of checking medicines by phone, the company then got involved in providing tracking software for sales forces, a marketing application to help companies spot sales opportunities and a loyalty programme app. Its original consumer validation app is now a “bolt-on” to other applications. Longer-term it’s looking at ways of using the data it collects to be able to identify where the next counterfeit “hot-spot” will be in a country.

The process of validating pharmaceuticals by mobile phone has also taken the company out into other industries including: fashion (it does work for Vlisco); automotive parts; veterinary products; crops and seeds; agro-chemicals, cosmetics; consumer food; electricals (like cables); and electric components.

The technical term for all this is serialization and the company partners with HP which bought specialist printers Indigo. The latter prints unique IDs for products and has an algorithm to produce them. Different types of unique codes are used, usually a combination of machine-readable like bar codes and things that can be read by humans.

“In this way a company is able to track a pallet of Malerone (an anti-malarial) that left the warehouse in December 2015 and is now on the shelf in the capital of Zambia, Lusaka. There’s also a link to customs procedures. They can follow the journey of the specific batch of the product and know that it’s not a Chinese fake that has arrived via Rotterdam.”

Not only does mPedigree Network have a spread of vertical industry markets but it is also present in 12 country markets; 10 in Africa (including Ghana, Nigeria, Kenya and Uganda) and two elsewhere (India and Pakistan). Nigeria and India are its most well developed markets:”In Nigeria we have hundreds of companies as customers and there are thousands of products.”

Country involvement goes “up and down” and it has pulled back from Bangladesh and the Middle East. It is probably the biggest provider of tracking for pharmaceuticals in Nigeria down to the pack level

The pattern of development is that it runs a pilot to generate interest and users and once this has happened, ramps up its presence It works closely with product regulators and business associations to spread its message and believes it can reduce costs for regulators:”We’re getting 40% growth every year. We’re growing revenues and have been profitable for many years. We look to make sure we can make profits in country markets in 6 months.”

There are three types of competitors: system integrators who provide other back-office services; multinationals like HP and IBM who have been in the space in a range of countries for some while; and other companies doing more or less the same as itself like Kezzler and Sproxil.

African start-ups like mPedigree that focus on “the plumbing” of business processes have the potential to reach profitability more quickly, particularly when they get a solid understanding of what an industry needs. 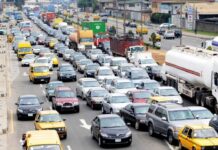 Use Energy Cup for Alkaline Water to Boost Your Health. Contact 09086865386
Connect with us

US Mobile operator introduces first smartphone made for the elderly

How Neofylin conquered my fears – Steven